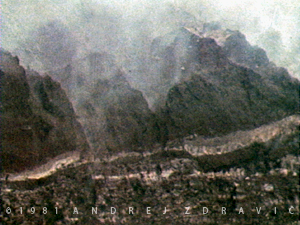 Vesuvio is a spontaneous film-diary from a visit to Mount Vesuvius and the surrounding volcanic terrain of the Naples Bay. I reached the peak in solitude and high winds...
AZ 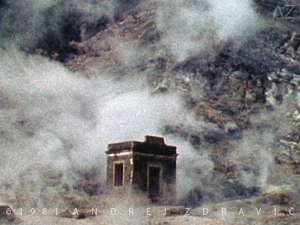 “What might have been a boring and self-referential neo-nature documentary about an Italian volcano, Vesuvio turns out to be a riveting and lyrical, wordless treatise on the volatility and evanescence of existence.”
Calvin Ahlgren, San Francisco Chronicle, 1991