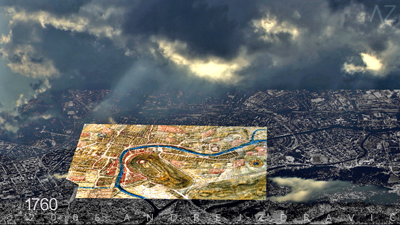 Commissioned by the Ljubljana City Museum, Nature and City is an artistic treatment of a scientific / educational subject, namely the geological, geographical, demographic and cultural evolution of the City of Ljubljana and its surroundings. It is also a swift overview of man's impact on his environment over the past 12,000 years. Nature and City was made with the participation of Ljubljana City Museum, the Research Centre of the Slovenian Academy of Sciences and Arts (ZRC SAZU) and several other Slovene institutions.
AZ 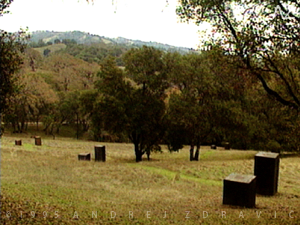 A portrait of the renowned sculptor Richard Serra and his work ‘Snake Eyes and Box Cars’ at Oliver Ranch in Sonoma, California. The piece consists of twelve forged steel blocks that 'describe' the topography of a valley. The video features interviews with the artist and depicts the making and the installation of this major work and its function within the landscape. Filmed over three seasons.
AZ

"This is the best video about my work made so far" / Richard Serra in a phone conversation with AZ, 1994
☛ See the VIDEO here

Water Cycle was produced at the San Francisco Exploratorium in collaboration with physicist Paul Doherty. The film shows all phases of the water cycle (solid, liquid, and gas), and contains sequences from my various films and unpublished film studies. It was conceived as a pilot film for a proposed series of educational videos that would treat the major themes of physics as taught in the US secondary schools. As it turned out, this pilot video itself became a teaching tool.
AZ 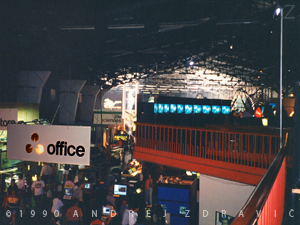 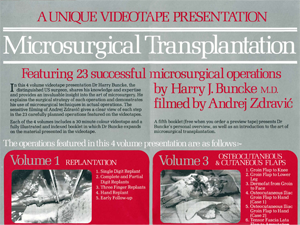 “This outstanding video program was filmed by Andrej Zdravič’, a Yugoslavian-born filmmaker, himself the son of a plastic surgeon. Zdravič brings a rare sensitivity and responsiveness to the clinical context to his film-craft and art, documenting Dr. Buncke’s microsurgical operations with a unique understanding and respect for the surgeon’s craft. Praised by the Los Angeles Herald examiner as “a talent of major proportions”. Zdravič, in Microsurgical Transplantation, has raised the quality and art of medical films to new heights. He has achieved in these tapes a unique blend of clinical clarity, directness, and humanity hereto unknown to the art of medical filmmaking.”
Open University Educational Enterprises, U.K., 1983 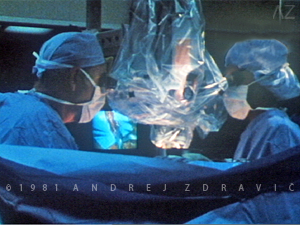 Present Status of Microsurgery in Hand Surgery is an overview of key microsurgical transplantation procedures by Harry J. Buncke, MD, that I filmed during our two-year collaboration. It was produced as a backdrop to Dr. Buncke’s Presidential Address at the American Society for Surgery of the Hand congress in Las Vegas, 1981. The film also aims to present the beauty and wonder of the human body structures, and is accessible even to the uninitiated viewer.
AZ