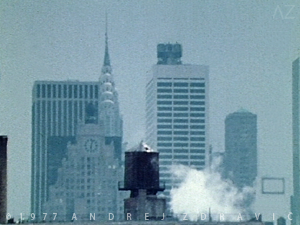 In New York Studies I attempted to transmit some essential characteristics of Manhattan by focusing on five phenomena / aspects of the City which impressed me very much during the years of living there... On the one hand, the unique physicality of the space as defined by the vertical architecture, and on the other, the sheer mass and energy of the people moving and living within its influence.
In this film, I have intentionally omitted the use of sound as an experiment in trying to achieve sonic sensations purely by visual means. While my outmost interest revolved around perceptual clues and the 'music of silent film', some of the Studies could be seen from a 'socio-anthropological' viewpoint.

The filming of New York Studies was made possible thanks to a free 16mm camera loan by the Center for Media Study/Buffalo - Gerald O'Grady, Head (see Links).
AZ, 1996 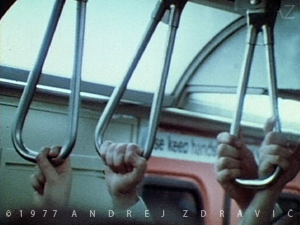 "Zdravič approaches the metropolis spontaneously, gazing innocently at scenes and events. Which results in a film that is not devoid of a critical approach, but that is at the same time full of authentic urban poetry that we still do not fully grasp. Thus, for the first time on film, New York seems like a surrealist fairy-tale city where countless skyscrapers no longer appear as the 'pinnacle of modern architecture', but suddenly begin to resemble enchanted castles.... 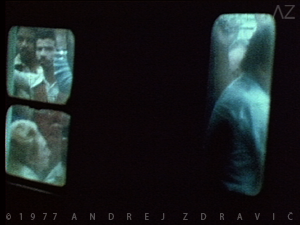 Zdravič is building a cinema style in which one can recognize the influences of Vertov, modern Jazz, Mekas, Cage and Zen Buddhism. The camera in the author's hands spontaneously reacts to the pulsating life stream. As if reality at which the camera is aimed were 'dictating' to the author the structure of the future work which is created in the process of mutual encounter. In many ways,  this style of shooting recalls Kerouac's 'literary' method... Zdravič offers 'open-ended works' of precise context and many possible 'readings'. A direct message does not exist. Instead, the viewer connotes the film with a kind of cinematographic 'enlightenment', an ontological insight into the enchanted strata of reality.“
Jovan Jovanović, filmmaker and film critic, 'Filmograf', Belgrade, 1979 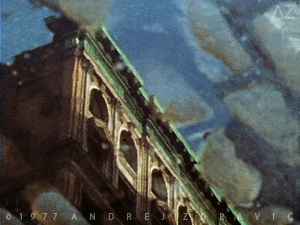 “Still in his twenties, Andrej Zdravič is one of the most prolific and exciting lyricists of contemporary American cinema. […] New York 1-5 in which the city of New York is presented as never before. For he has captured, or rather “created’ extended moments of rare intensity as the sky-scrapers appear to dance around each other, the streets themselves come alive in new visual rhythms – whole new worlds are seen in puddles, and the subways (renowned chambers of horror) become monuments of simple beauty. Many films have been made which have captured certain aspects of beauty and humanity of that great city, but none have succeeded in transforming it utterly and directly as Zdravič does and with a lyricism one would hardly think possible.”
Carmen Vigil, Director, the Cinematheque, San Francisco, 1978 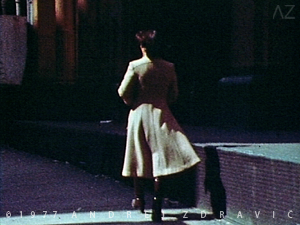