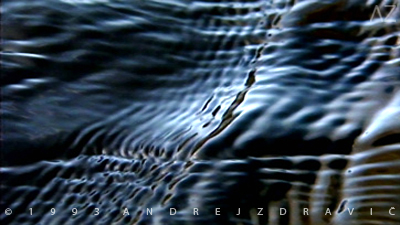 Filmed on the north shores of Hawaiian islands, Water Waves is a visual study of the power and beauty of wave phenomena, ranging from tiny ripples of raindrop rings to streaming standing waves in rivers to ocean swells and thunderous shore breaks.
This is the integral ‘single-screen film’ edition of the video originally produced for the Water Waves – Time Horizon installation (1993). In 2013, the video was restored in the HD format without additional editing, while the soundtrack was recomposed and remixed, and now constitutes the new Water Waves - Time Horizon installation.AZ 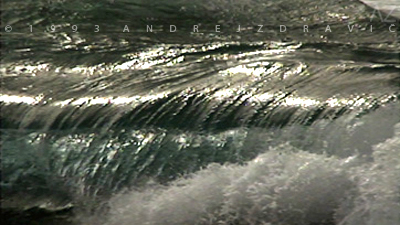 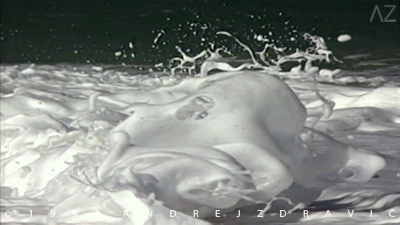